“The American Dream is that dream of a land in which life should be better and richer and fuller for everyone, with opportunity for each according to ability or achievement. It is a difficult dream for the European upper classes to interpret adequately, and too many of us ourselves have grown weary and mistrustful of it. It is not a dream of motor cars and high wages merely, but a dream of social order in which each man and each woman shall be able to attain to the fullest stature of which they are innately capable, and be recognized by others for what they are, regardless of the fortuitous circumstances of birth or position.” - James Truslow Adams 1878-1949

Recorded in the summer of 2010 (at Marrs Recording Studio in Nashville, TN), this eclectic 12 song Americana album was never released in the country that actually inspired it. One of the songs, "Heartbreak City", became a hit in Sweden (of all places). The songs were downloaded and broadcast all over the world, including places like Great Britain, Australia, and Italy.

The album is a "Snapshot" of American life, the things that have made us great, despite our differences. It is also about "Lady Liberty", herself, and how she is losing the very thing that once made her great: her virtue.

Our lead song is "We Ain't Goin' Away", which has been sung in Tea Parties across America, thanks to Bruce Bellott's video by the same name.

We are reaching out to Donald Trump to use this song at his Trump Rallies, as a "We the People" rally song. Ultimately, it is 'We the People' that can and will make a difference, even beyond the next 4 years of the expected Trump presidency.

We are also looking for a country artist to step up to the plate and sing the lead on this album, so we can release it to the unknowing public by tour.  The tracks are already there, it just needs to be re-recorded voice-wise, remixed and remastered.

The tracks were recorded by well known session musicians like John Conley, Howard Duck, Larry Marrs, Robbie Turner, and Mark Beckett among others.

We are open for a business arrangement in the Nashville Music Industry,so we can create a "We Ain't Goin' Away" Tour. We believe the audience for such a venture is huge, given the growing populist movement in this country.

We have done some  rewrites on 3 of the songs, but especially though on, "I Don't Know My Country Anymore", due to the changes that have occurred since the Trump presidency.

We are currently in contact with key people in the populist movement, and contacting certain leaders within the music industry here in Nashville, TN. 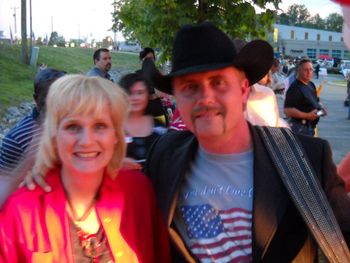 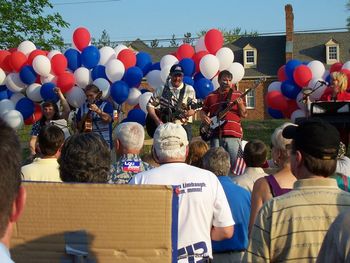 Brad and Pam (with Patriot) at the Hendersonville, TN Tea Party Rally, April 2010 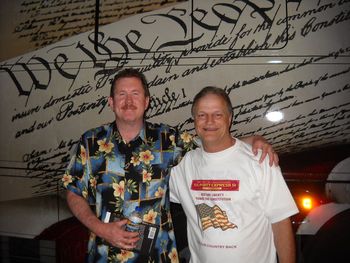 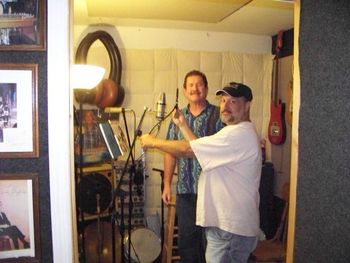 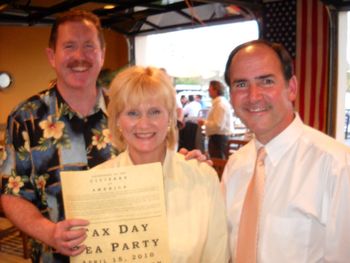 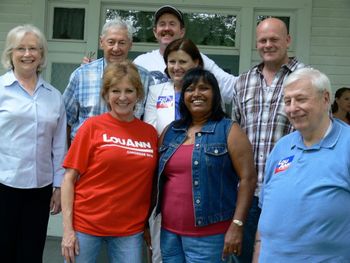